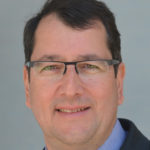 Hilmar von Lojewski has been a councillor with responsibility for urban development, construction, housing, and transport in the North Rhine-Westphalian Association of Cities and the German Association of Cities since 2012. Von Lojewski studied urban and regional planning in Dortmund and Ankara and was an urban development trainee in Frankfurt am Main until 1991. After that, he worked as a freelance planner in Dortmund and a planning advisor for the German Association for Technical Cooperation (GTZ) in Kathmandu, Nepal until 1994. He was head of department in the Urban Planning Office of the City of Dresden until 2000. In the Berlin Senate Administration for Urban Development he was responsible for the departments for urban development, projects, and ministerial building affairs. From 2007 to 2010, von Lojewski worked for a GIZ programme for sustainable urban development in Syria.

He is a member of the steering committee of the Science Platform Sustainability 2030.