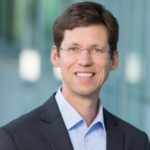 Prof. Dr. Mark Lawrence is Co-Chair of the wpn2030 and scientific director at the IASS in Potsdam. He is an integrative scientist who addresses key challenges of the Anthropocene by bringing together and applying a wide range of academic expertise in his team, including his own background in atmospheric science, as well as going beyond this interdisciplinary foundation to also involve societal actors in a transdisciplinary approach.

His main focal topics include air pollution, climate change, climate geoengineering, environment-related governance of vulnerable regions like the Himalayas and the Arctic, and the interface between sustainability and spirituality.

He also actively supports whole person development as a component of planetary health, including exploring the common ground between the personal transformations and systemic transformations that will be associated with sustainable development, as well as the mindsets needed to bring these into harmony.

Prof. Lawrence received his Ph.D. in 1996 from the Georgia Institute of Technology. From 2000 until 2011 he was a research group leader at the Max Planck Institute for Chemistry in Mainz. He served as interim professor for meteorology at the University of Mainz during 2009‐2010, and moved to the IASS in 2011. In 2014 he was appointed Honorary Professor at the University of Potsdam.

Prof. Lawrence is author or co‐author of over 150 peer‐reviewed publications. He has led various international projects, and has been serving on the editorial and advisory boards of various journals and on various international committees, including having been co‐chair of the International Global Atmospheric Chemistry program (IGAC) from 2015‐2018.