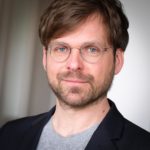 Berlin, 6 September 2019. How do the German government’s scientific advisory boards assess the recent development of German sustainability policy? Representatives from several advisory boards exploring this question ahead of the UN Climate Change Summit in New York (23 September 2019) and Sustainable Development (24-25 September) spoke to the press at an event organized by SDSN Germany, the Science Platform Sustainability 2030 (SPS2030), Netzwerk Weitblick and Foundation Two Degrees at the German Federal Press Conference in Berlin.

“The German Sustainable Development Strategy provides a promising framework for government efforts to promote sustainable development through to 2030,” emphasized Dirk Messner of the German Advisory Council on Global Change (WBGU) and co-chair of SPS2030. “However, more effective policies are needed to deliver on this promise: Germany is not on track to achieve 29 of 66 goals set by the government. Considering the scale and growth of global challenges facing us, that’s 29 urgent wake-up calls.” Martin Visbeck, co-chair of SPS2030, said: “The German government should take the upcoming twin summits at the UN as an opportunity to strengthen the 2030 Agenda and its Sustainable Development Goals (SDGs), which underpin the the German Sustainable Development Strategy, in Germany and globally and to encourage much-needed and effective action.”

“Protecting natural resources is particularly important. At present we are on track to achieve just 5 of the 25 environmental goals that we have set ourselves,” said Julia Hertin of the German Advisory Council on the Environment. “Reversing this trend will require a whole-of-government response at the federal level. The agricultural and transport sectors in particular must take more responsibility and acknowledge ecological guard rails. This will require greater commitment to implementing the Sustainable Development Strategy, a strengthening of the Ministry of the Environment and new forms of cooperation between departments.”

Harald Grethe of the Scientific Advisory Board on Agricultural Policy, Food and Consumer Health Protection also noted the crucial role of agriculture and food in the German government’s efforts to implement sustainable development policies: “A significant reduction in the consumption of animal products is urgently required to achieve the climate protection goals adopted by the German government and an essential component of a globally sustainable diet.” There is also an urgent need to reform the European Union’s common agricultural policy, both at the European level and in Germany: “We finally have to start using the EU’s agricultural budget to reward those farmers who do a lot to achieve our environmental, climate and animal welfare goals instead of giving money away in the form of a flat-rate subsidy for land ownership.”

“Similarly, efforts to achieve SDG 12 on sustainable consumption and production patterns are also lagging,” emphasized Peter Kenning from the German Advisory Council for Consumer Affairs. “In the case of some of the indicators of the German Sustainable Development Strategy, such as direct and indirect household energy consumption or the market share of products with eco-labels, the German government has failed to achieve significant improvements for years now. But action in these areas is urgently needed, as unsustainable consumption patterns have a negative impact on numerous sustainability goals.” Kenning highlighted an important first step: “We have to take a more consistent approach across the entire product chain, because so many problems arise in the early stages such as raw materials extraction, production, trade, and logistics. What is needed are measures that shape processes from an early stage and strengthen global cooperation to deliver sustainable outcomes. Consumer information – for example, with respect to the recyclability and service life of technical devices – must also be improved significantly.”

The Science Platform Sustainability 2030 provides a central forum for science to engage with representatives from politics, business, and society on urgent issues pertaining to sustainability policy. The Advisory Board Dialogue hosted by the Science Platform Sustainability 2030 and SDSN Germany since 2018 brings together representatives from key scientific advisory boards of the German government to discuss issues at the intersection of policy advice and sustainable development.

Dialogue of the Scientific Advisory Boards

On the initiative of the Science Platform and in cooperation with SDSN Germany, representatives from several of the federal government’s scientific advisory discuss challenges for political action and the implementation of the German Strategy for Sustainable Development.