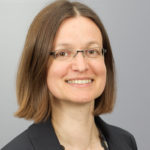 ­­­HLPF 2019: Call for Science to Play a Stronger Role in the Implementation of the 2030 Agenda

Scientific knowledge is particularly important in the case of complex problems characterised by a lack of scientific certainty, socio-political consensus and willingness to act. This is the assessment of the two co-chairs of the research group that is currently preparing the Global Sustainable Development Report (GSDR) for the United Nations. The report will be published in time for the UN SDG Summit in September 2019 – and central results have already been discussed at the High-Level Political Forum (HLPF) in New York. Marianne Beisheim, a member of the Steering Committee of the Science Platform Sustainability 2030 (SPS2030) who participated in the HLPF, gives her impressions here.

In July 2019, representatives of the UN member states gathered at the United Nations Headquarters in New York for the annual High-Level Political Forum on Sustainable Development (HLPF), where they discussed the state of play in the implementation of the 2030 Agenda for Sustainable Development and the Sustainable Development Goals (SDGs). Scientists were also able to contribute to the discussions, for example via the International Science Council (ISC) as joint coordinator of the Scientific and Technological Major Group, which has the right to speak at the HLPF.

“Science for the SDGs” was one of the main themes of this year’s HLPF. The co-chairs of the Independent Group of Scientists presented the main messages of the Global Sustainable Development Report (GSDR) commissioned in 2016 by UN member states. Beyond evaluating trends in the implementation of the SDGs, the GSDR is primarily intended to provide scientific assessments of possible transformative pathways to global sustainable development. The report identifies science as one of four important levers for change. However, it emphasises that science must be transformed if it is to fulfil this role, for example by acting in partnership with other knowledge holders and communicating its findings more actively to society. In particular, science in the Global South should be strengthened with this in mind. The need for science-policy platforms to promote dialogue between science and politics was also highlighted.

These views were echoed by Heide Hackmann, CEO of the ISC, who emphasised that science needs to do more to integrate the SDGs into its work, and the UN and governments should invest more in institutions that promote science-policy interaction. On the positive side, some HLPF participants noted that a transformation towards “science for sustainability” was already under way. However, one representative of the scientific community bemoaned the fact that while scientists contributed to the side events organised during the first week of the HLPF, they were thin on the ground during the more political ministerial segment in the following week.

At a side event organised by the ISC, a representative of the UN Secretariat praised the fact that the GSDR also touches on the challenges presented by those societal groups that question the validity of scientific findings. This was necessary, he felt, because scientists have to win over a much wider audience if they are to secure the required backing of society and get their message heard. At another HLPF side event initiated by the Leopoldina, discussions revolved around the question of how the relevant cognitive and motivational competences could be improved in our societies. This is important because the achievement of the 2030 Agenda calls for forward-looking thinking and action as well as the weighing up of short-term goals with more long-term objectives.

The importance of scientific contributions for the national implementation of the SDGs became clear over the course of the HLPF. This applies both to the Voluntary National Reviews of individual states and their science, technology and innovation strategies (STI Roadmaps for SDGs). At an event that was co-organised by the German Council for Sustainable Development (RNE), participants discussed to what degree a global network of councils and similar multi-stakeholder institutions could facilitate international exchange on best implementation practice. IASS Senior Fellow Ingeborg Niestroy analysed different institutional arrangements for multi-stakeholder participation formats including the direct involvement of science in policymaking processes. She underlined that continuous peer support and institutionalised support for knowledge sharing had a key role to play here.

When the GSDR is published at the end of September 2019, it will be important to work with its recommendations. What is striking is that SPS2030 is already fulfilling many of the demands made at the 2019 HLPF. In future, we will need to do more to bring our experiences to bear at international level, particularly with regard to various form of mobilising science, cooperating with other knowledge holders and integrating scientific insights into political processes.

Read more about the dialogues of the Science Platform

The Science Platform Sustainability 2030 creates spaces for dialogue between representatives from science, politics, business, and civil society – and contributes its findings to science and sustainability policymaking processes across a broad range of initiatives and networks.